For assistance with your licensure or malpractice matters, contact us for a free consultation 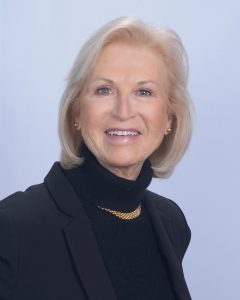 Hon. Frances A. McIntyre (ret.) is of counsel to Capplis, Connors & Carroll, P.C.

Judge McIntyre served as an Associate Justice of the Superior Court for the Commonwealth of Massachusetts from 2004 to 2015. In that role, she was involved in the trial and disposition of innumerable civil and criminal cases in all counties, most often in the Suffolk Superior Court. In 2011, she presided over the peaceful resolution of the dispute arising from the occupation of Dewey Square in Boston which became known as the Occupy Boston case.

Prior to the bench, she practiced at Ficksman & Conley, LLP focusing on personal injury cases, chiefly medical malpractice. While there, she handled criminal cases, primarily in the federal court.

Judge McIntyre was the Chief of the Criminal Bureau for the Attorney General of the Commonwealth from 1997 until 1999. Her professional career included six years as the director of the student housing program at Bentley College in Waltham, Mass.

Her J.D. is from Suffolk University School of Law, awarded cum laude in 1979. She also received an M.A. in Education from the University of Rhode Island in 1973 and a B.A. in Political Science from Stonehill College in 1971. She was admitted to the Bar of the Commonwealth of Massachusetts in 1979, to the Bar of the United States District Court in 1980, and to the Bar of the United States Supreme Court in 1987. A Fellow of the American College of Trial Lawyers, she served as editor for Massachusetts Superior Court Criminal Jury Instructions published by MCLE, Inc. in 2000 and 2004. She has been a speaker and lecturer at many continuing legal education programs.

As an active attorney in the firm, she represents all health care professionals regarding their board licensure. Her primary interest is in advocating for nurses before the Board of Registration of Nursing. Fran has represented nurses facing investigations into their nursing licenses due to alleged violations of clinical standards, substance abuse, or suspicions of diversion. She counsels clients considering the Substance Abuse Rehabilitation Program offered by the Board to nurses. She assists nursing applicants when issues are flagged in the process of initial nursing licensure, such as child neglect reports. Fran also represents nurses petitioning the Board to re-activate their licenses after suspension. Nurses charged with crimes can face severe Board licensing consequences, and Fran can provide representation and guidance in that situation, as well.

Further, under the corporate name of Frances A. McIntyre LLC, Judge McIntyre is available to mediate and arbitrate legal disputes. The judge brings legal acumen, unbiased analysis, and years of courtroom experience as a neutral to mediation and arbitration. She offers to assist lawyers and their clients to evaluate their cases. Judge McIntyre commits to the tasks of protecting the parties’ interests fairly and impartially within the mediation process and has an excellent record of settlement. In the arbitration of cases, she extends the highest level of impartiality and fairness, faithfulness to the law, and a timely reasoned award. Litigants are invited to reach her through Capplis, Connors & Carroll, P.C.

Fill out the form below or call us at 617-227-0722 to schedule a free confidential consultation.